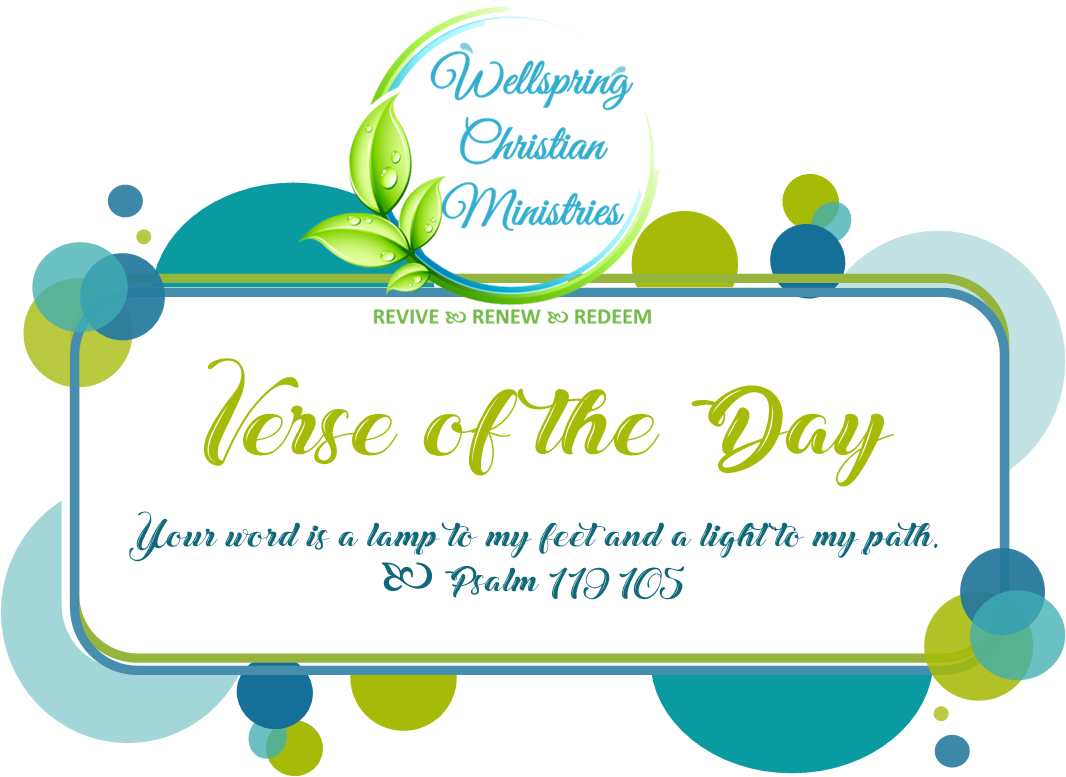 Shepherding is one of the three major occupations in Palestine along with fishing and farming. Throughout the Old Testament, we see God calling on the leaders of the nation to shepherd his people. We also often refer to a pastor of a congregation as a “shepherd.” And Jesus declares Himself to be the ultimate Shepherd.

In Chapter 9 of John, Jesus had just healed a man that was born blind. The Pharisees drill the poor guy with lots of questions. Then they bring his parents and and drill them. But they were afraid of the Pharisees and basically said, “Why are you asking us? He’s a grown man. Let him answer for himself.” So they bring the guy back in and he finally says to them, “Hey, I don’t know who healed me. Why are you so interested interested in knowing? Do you want to be one of his followers too?” The Pharisees were so caught up in trying to discredit Jesus and trap Him so they could kill Him that they missed a miracle – but the blind man sure didn’t miss it. It changed his life. As I imagine this scene unfolding, in my mind I see this guys staring the Pharisees down with a mix of awe and unbelief that that they didn’t get the fact that the greatest thing that ever happened to him just happened. He shakes his head and says, “Do you guys get it? All I know is once I was blind, but now…now I can see!” Can you hear his joy and excitement? And still the Pharisees missed it. Angry at the man, they throw him out of the temple.

A little later, Jesus comes back to check on him and make sure he’s okay. He then turns his attention to the Pharisees. For a moment he just looks at them. They squirm under his direct gaze. Then He calls them out for their ridiculous ungodly behavior, and telling them that though they may not be physically blind, they are spiritually blind. He then uses an allegory playing off of shepherding to try to get them to understand.

So as we get to Chapter 10, Jesus is pointing out who the true shepherd is and who are the thieves and robbers who would still the sheep away. He says, “I tell you the truth, the man who does not enter the sheep pen by the gate, but climbs in by some other way, is a thief and a robber.” Little words can sometimes have big meanings. Have you ever stopped to think about a thief and a robber as two different things? We know they both steal – but what’s different about them? A thief will sneak in, take what they want, and sneak back out. A robber, on the other hand, steals by being violent. So Jesus was saying that the person who is not the true shepherd is a sneaky, violent thief.

In comparison, the true shepherd of the sheep enters the sheep pin by the gate. They sheep listen to his voice as he calls each sheep by name and leads them out of the pin and into the pasture. When they are all out, he goes ahead of them and they follow him because they know the sound of his voice. If a stranger tries to lead them, they will run away because they do not recognize the voice.

Jesus then says in verse 7, “I tell you the truth, I am the door to the sheep.” Understanding life and culture of Jesus’ day gives a much deeper understanding and truth to what Jesus was saying. Every night, the shepherd would bring the sheep back to the pin, which was basically an area with a wall around it that had an opening which was the “door,” but there actually wasn’t a door – just an opening. After all the sheep were in the pin, the shepherd would lay across the opening with his staff. The only way to get into the pin was to go through Him. It kinda gives a new meaning to the saying, “Over my dead body.”

What we can learn from Jesus being the door is that whoever enters the sheep fold through Him will be saved because he gives them abundant life. In contract, Jesus said that they thief only comes to steal, kill, and destroy.

Because He is the door to the sheep fold, he is also the shepherd. And He’s not an irresponsible, lazy, or mean shepherd. He’s not the hired helper who abandons the sheep when the wolves come looking for dinner. No, He’s a good shepherd who lays down his life for the sheep.

If the Pharisees were listening with their heart, the blind man would not have been the only person who’s life was transformed that day. Let’s make sure we don’t miss the spiritual truths that the Pharisees missed. The first truth is that we are sheep. The second truth is sheep need a good shepherd.

Psalm 100:3 says: Know that the Lord, he is God! It is he who made us, and we are his; we are his people, and the sheep of his pasture. Yes – we are sheep. What are sheep like? They certainly are not fearless, rugged creatures. Sheep are pretty much just passive, dependent blobs of wool. Doesn’t seem like a very good compliment to be compared to, does it. And yet around 200 times, the Bible refers to us as sheep.

If we do a little research about sheep we can find that they a great at following. You might say, that’s a good thing because if Jesus is our shepherd, we should follow Him. But with sheep, if one sheep starts running towards a hungry lion, they will all follow along – and Mr. Lion will feast on a smorgasbord of lambchops.

Sheep are also helpless creatures, which makes them prime targets for wolves or any other hungry belly. They have one one defense and that is to run when danger comes.

Sheep also have a very limited vision. In fact they are almost blind. They can only see about 15 yards in front of them. Beyond that, they have no idea what’s ahead of them or what’s behind them.

Sheep also are not intelligent creatures. They will graze on the same hill over and over until they turn it into a wasteland. They will stay on the same trail until they fall in a rut. They are not able to find their own way back home. They will also lie down and roll over on their backs. However, they are not able to roll back over and will die unless they are helped to get back to their feet again. But even though they will die, they keep on rolling on the backs.

How do we compare with such helpless, stupid animals? Like sheep, we tend to be followers. We all want to “fit in” and wear the latest styles, use the latest, trendy words and we sit for hours peering into “Social media land” to make sure we are following right along with everyone else. We have also been known to run off on our own, charging full speed ahead and even take a crowd with us but yet not really know where we are going or why we are going that way. Today, something could be defined as “wrong” and tomorrow it could be defined as “right.” And whatever the crowd says, we scoot our beliefs into line with everyone else and march forward on our woolly little legs and follow.

We can also be very near sighted. We see today – not eternity. We live for what’s right in front of us and never consider the impact it will have tomorrow.

And like sheep, we can be stubborn, hard-headed, unmovable. We will keep on doing something that we know is wrong or not good for us – it might even potentially kills us – but we keep doing it any way.

Yes. We are sheep. And we are in need of a Good Shepherd who is willing to give His life for His sheep. Our Good Shepherd, calls us by our name. When we go astray, He searches us out and brings us back home. He guards us through the night with His own body being the door. He gave His life for us so that we can have abundant and eternal life. He leads and guides us to green pastures and living water. And, when we stubbornly roll over on our backs, He picks us up and sets us back on our feet again.

Jesus is our Good Shepherd. King David described it best in Psalm 23:

The Lord is my shepherd; I shall not want.
He makes me lie down in green pastures. He leads me beside still waters.
He restores my soul. He leads me in paths of righteousness for his name’s sake.
Even though I walk through the valley of the shadow of death, I will fear no evil, for you are with me; your rod and your staff, they comfort me.
You prepare a table before me in the presence of my enemies; you anoint my head with oil; my cup overflows.
Surely goodness and mercy shall follow me all the days of my life, and I shall dwell in the house of the Lord forever.

Do you have a daily Bible reading time? If you need a Bible reading plan, join us in reading your Bible in one year by clicking here:

Click on the buttons below to see all of today’s posts:

This week’s memory verse & animated video
posted at 7 am
Quotes from the Self-Care Blog Series
posted at 8 am
Names of God
posted at 8:30 am
Today’s Bible Trivia
posted at 9 am
Affiliate Links with Christian Book Distributors
Posted at 9:30 am
God, Love and Marshmallow Wars
Posted at 10 am
This week’s new designs in the
Teespring and Spreadshop Stores
Posted at 10:30 am
Submit a speaker request for your next event
Posted at 11 am

Like Loading...
Category: Scripture of the Day
Tags: good shepherd, I AM, I am the gate, I Am the Good Shepherd, Jesus, John 10:11, sheep

Like Loading...
Category: Scripture of the Day
Tags: I AM, I am the door, I am the gate, Jesus, John 10:9
Archives
Book Julia for your next church or ministry event