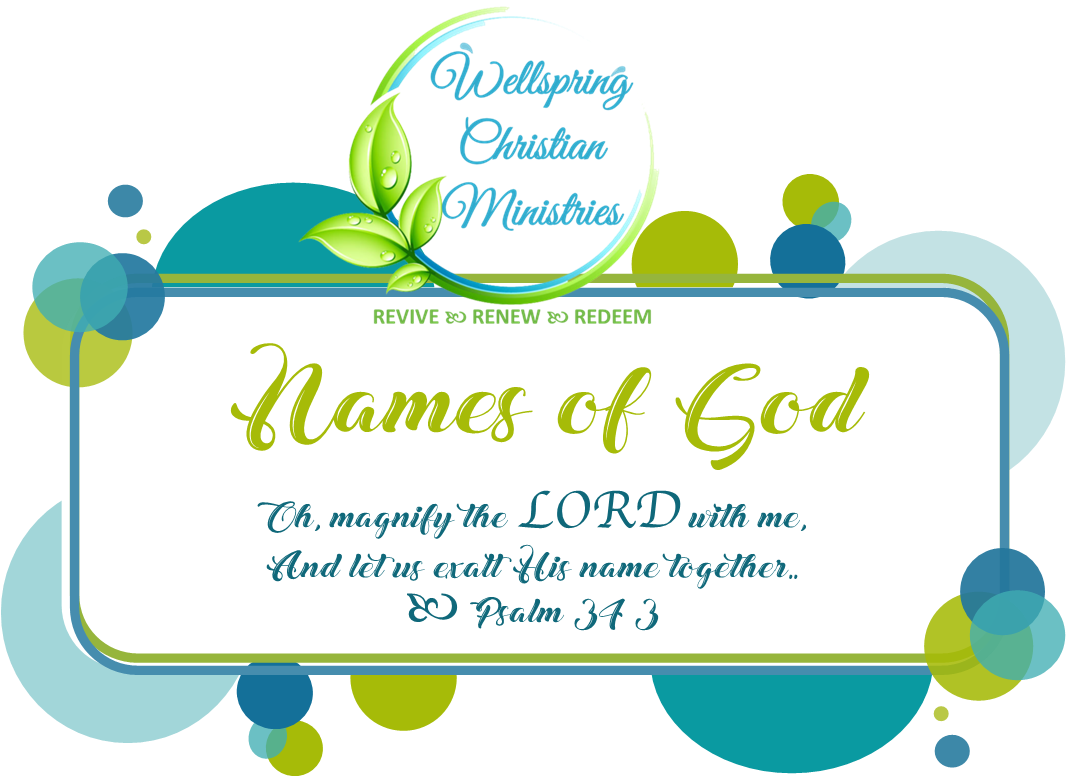 Why are there so many names for God? Why is it important that we know what they are and what they mean? Our finite, human brains cannot fully comprehend the majesty and glory of who God is. Yet through the various names of God, He chooses to reveal Himself to us so we can come to understand the many personal characteristics of God. His names reveal His power, authority, and holiness. The better we understand and know the names of God the more personal He becomes to us and as we pray, we can call on His name that corresponds with our need. Finally, because the Bible instructs us to honor, fear, and respect God and to not use His name in vain, we need to know exactly what His names are and what they mean. Today, we look at the name Jehovah.

An encounter with Jehovah-Jireh

The story of God asking Abraham to sacrifice his son, Isaac, can be hard for us to read and understand. So if you’re reading this and are not familiar with the Bible, I want to supply the spoiler alert and say that God never intended for Abraham to sacrifice Isaac. Rather, God was testing Abraham to see if this precious, promised, treasured son that God gave to Abraham and Sarah long after they were passed the normal years of having children was more important to Abraham than God. God’s intentional all along was to provide another way. And He did.

So with that said, we find Abraham encountering Jehovah-Jireh because of his willing obedience to sacrifice and give back to God what was most treasured to Him. God had already told Abraham that this son born when Sarah was 99 years old and Abraham was over 100 would be the son through which God would make Abraham a father of many nations. Abraham believed in that promise and so He knew that either God would provide another way or that God would bring Isaac back to life or in some other way God would faithfully carry out the promise He had given to Abraham.

Jehovah-Jireh – The God Who Provides

There are some lessons we can learn from Abraham and Isaac’s encounter with the God who provides. First, God gave Abraham a task – one that would be heartbreaking and very difficult to do. But Abraham not only obeys, we find in the story that Abraham got up early and took Isaac and set out for the mountain where God told Him to go. He didn’t procrastinate or put it off. He got up early and set out to do what God had said.

Abraham also obeyed fully. What if Abraham looked at the mountain God was sending him to and said, “You know, that mountain is a little high.” And then look to the left at another mountain with easier paths and not as high and took that one road instead? You see God already had a plan and a provision and there was a ram stuck in a bush at the top of the mountain where God sent Abraham. Had Abraham chosen to take a different path, he would have missed out on encountering Jehovah-Jireh. And Isaac could have had a different ending to the story.

Or what if Abraham when half way up the mountain? I mean, he was over 100 years old. I’m sure mountain climbing wasn’t the easiest thing for him. But had he not gone the entire journey, we would have missed out on encountering Jehovah Jireh. Again, the story ends differently for Isaac had Abraham only do half of what God told him to do.

And then, we can also learn something from Isaac. At the time God gave these instructions, Isaac would have been a teen. He was not a small boy. The only way Isaac ended up on the altar was to submit himself obediently to the father whom he loved and trusted and allowed himself to be placed on the altar. Had Isaac refused, he too would have missed out on encountering Jehovah-Jireh.

Lastly, we can see that Jehovah-Jireh didn’t only provide Abraham and Isaac with a ram for the sacrifice, but He also provided a sacrifice for you and me through His own Son who paid the price for our sin as He willing laid down His life on a cross.

What is it that God is asking you to place on the altar of sacrifice? Do you trust your Jehovah-Jireh enough to know he will provide for you? Are you willing to fully obey and surrender what He’s asking you to give Him?

Jehovah-Jireh, thank you that you see and know my need and provide Thank you for providing my salvation through the sacrifice of your own Son. Father, show us who You are. Reveal to us why You are worthy of being called the One True, Living God. Teach us to unabashedly love you, respect Your name, and serve only You. Make your character known to us so we can live and walk in your image. Amen.

Read all of today’s posts by clicking the links:

One Year Bible Reading Plan
Today’s Devotional
This week’s memory verse
and animated video
Quotes from the Self-Care
Blog series
Bible Trivia
posted at 9 am
Christian Book Distributors Affiliate links
posted at 9:30 am
God, Love, and Marshmallow Wars
posted at 10 am
Teespring & Spreadshop Stores
for Christian tshirts and more
posted at 10:30 am
Request a speaker for your
next ministry event
posted at 11 am

Like Loading...
Category: Scripture of the Day
Tags: Genesis 22:14, Jehovah Jireh, The Lord Will Provide
Archives
Book Julia for your next church or ministry event