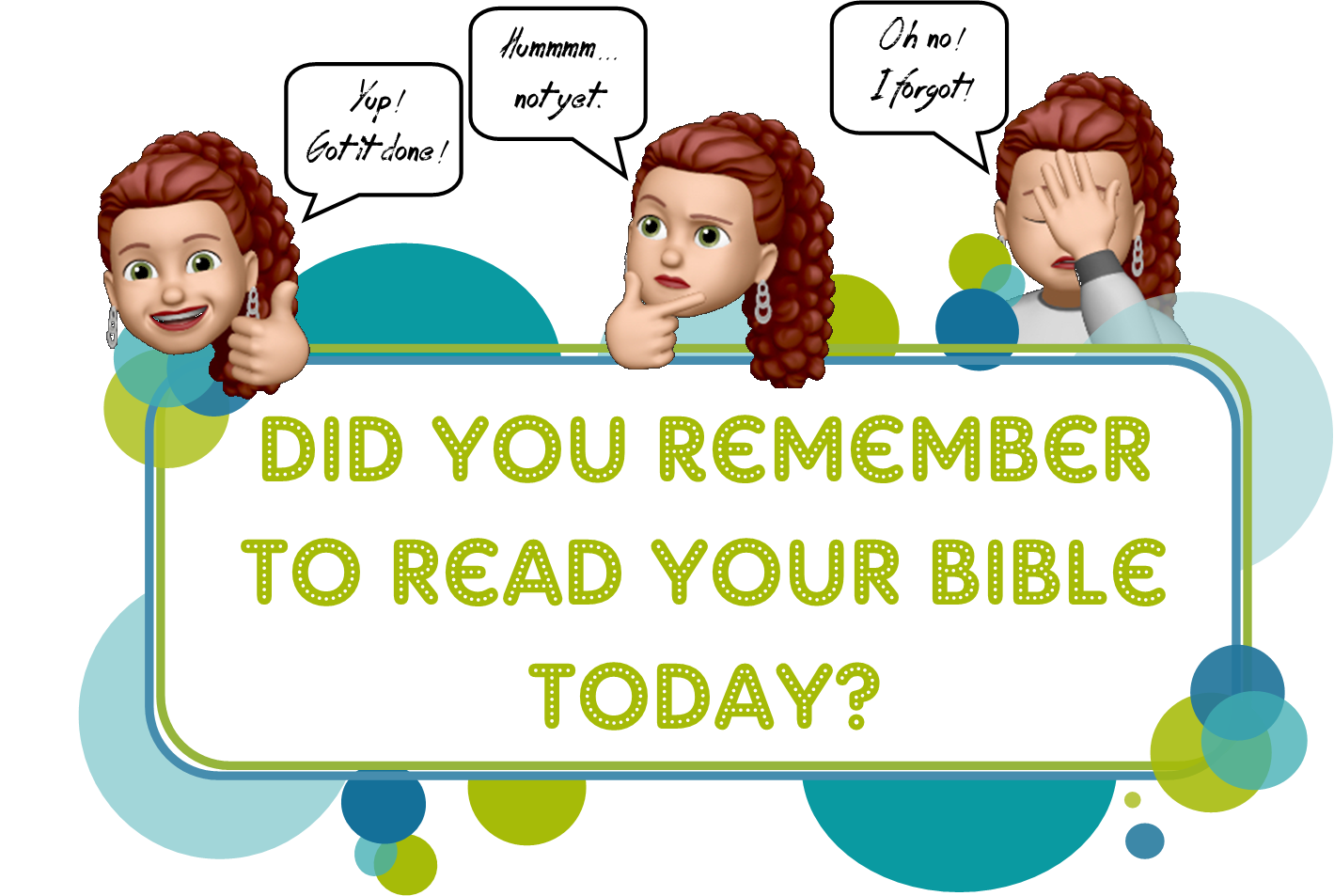 Clicking on the Scripture links above will open a new window where you can read the scripture from the Holman Christian Standard Bible at Biblegateway.com or choose the Bible version you prefer to read. Check back each day to get the Scripture to read in the One Year Bible Reading Plan.

Life often gives us unexpected twists and turns and sometimes leave us feeling like the rug has been pulled out from under us. But when we trust God and continually look for his plan and how He is working in our lives, we can often find God’s provision in unexpected ways.

There is a story about Andrew Jackson and his childhood friends. His friends had a hard time understanding how Andy, as they called him, became a famous general and then the President of the United States. They each had known other people who had greater talent, who were smarter, who more better off financially – but never succeeded. As the friends were reminiscing and talking one day, one of the said, “Why Jim Brown, who lived right down the pike from Jackson, was not only smarter but he could throw Andy three times out of four in a wrestling match. But look where Andy is now.”

Another friend responded, “How did there happen to be a fourth time? Didn’t they usually say, ‘Three times and your out?'”

“Sure they were supposed to, but not Andy. He would never admit he was beat. He would never stay ‘throwed.’ Jim Brown would get tired, and on the fourth try Andy would throw him and be the winner.”

Things never changed for Andrew Jackson. No matter what he faced, he just wouldn’t stay ‘throwed’! It was that perseverance and determination that served him well throughout his life, including as a general and as the President.

Life will pull the rug out from under us

Life has a way of pulling the rug out from under us and knocking us off our feet over and over again. We’ve all experienced it. Some throw in the towel and give up but some of us just won’t stay ‘throwed.” We get up again. Dust ourselves off. And we go for it one more time. These are the people of courage – hope – faith – and they trust in the omnipotent Father to see them through and provide all they need – even when God’s provision comes in unexpected ways.

In the Bible, Joseph is a man that just wouldn’t stay “throwed.” Over and over again the rug was pulled out from under him, but he kept getting back up, never lost hope, and in the end, God used him to save his entire family from a famine. Since the nation of Israel came to be through Joseph and his brothers, God used Joseph to preserve the nation of Israel. But Joseph would get throwed over and over again before seeing what God had in store for him. Through it all, he continues to give God glory and acknowledges God’s provision.

Joseph could have sulked, despaired, and sunk into a depression in the pit as he realized how much his own brothers hated him. He could have become angry and bitter when they sold him as a slave. He could have given up on God when he was falsely accused and thrown into prison. Joseph could have turned to Egyptian gods when he was forgotten and left in prison. But what we see is a young man who never forgot about the God of Israel. Joseph probably wondered more than once what God was doing with him and perhaps he couldn’t see that God was preparing him to save all of Egypt and beyond from a period of seven years of famine.

It’s easy for us to read the story of Joseph and get to the end and understand how all the events of Joseph’s life played out and see how God orchestrated things so that Joseph was at the exact place he needed to be for God to use him in saving millions of people from starving to death. But the story we read in about 30 minutes constitutes years of Joseph’s life. How many times must have Joseph laid in bed at night and asked God what he was doing. He must have prayed every night for God to get him out of prison and back home. But if God had answered those prayers, Joseph would not have been summoned to Pharaoh to interpret his dreams that warned of the coming famine.

Yes. It was Joseph’s brothers who sold him with not even an ounce of remorse. In fact, they cared so little about Joseph that they turned and sat down to eat dinner. But they were not the ones who sent Joseph to Egypt. God was sending him there for a reason. All along God was providing for what was coming.

God also had to strategically place Joseph in places that would grow him and prepare him for what God had in mind for him. As the pampered, favorite son of Jacob, Joseph would have never ended up 2nd in command of Egypt. He would not have been trained to run a household or a country. But even in the bad circumstances, God was with him, working in his life to strategically put him where he needed to be so that when Pharaoh had disturbing dreams, Pharaoh’s cup bearer would remember the person who had interpreted his dreams and tell Pharaoh about him.

We know that Joseph never forgot God or blamed him because when he stands before Pharaoh he gives God the glory for interpreting the dream. When his brothers realize they are standing before their brother as the 2nd in command of Egypt they become afraid of how Joseph might retaliate against them. But in Genesis 50, Joseph says in verse 20, “But as for you, you meant evil against me; but God meant it for good, in order to bring it about as it is this day, to save many people alive.”  God’s purpose for all Joseph went through was revealed and Joseph saw how God provided for them all in a very unexpected way.

Will you stayed throwed?

Maybe you’ve been knocked off your feet. Maybe you’ve been asking God, “What are you doing?!” Or maybe your don’t understand right now, but will you stay ‘throwed,” or will you rise and give it your best? Will you trust that just as God was working in Joseph’s life, that He is also at work in yours? God is never surprised at the unexpected turn of events in our lives. He is always at work in every moment of or life, orchestrating, preparing, and moving us toward His divine plan – trust Him in the process. Get up. Dust yourself off. You’re heavenly Father who loves you with an everlasting love is with you in pit. Trust His plan.

Our Verse Mapping download is FREE and includes 6 pages: 3 pages of instructions for using the template and the 2 page template, plus the cover page. If you’re looking to go deeper into God’s Word, learn more about God and develop a stronger spiritual life, Verse Mapping will help you dig into the scriptures. As you apply God’s Word to your life, you will develop a more intimate knowledge and relationship with God.

Buy now for $3.99 and get unlimited downloads

Tee of the Week: The Greatest Valentine’s Day

On Valentine’s Day, we celebrate love and there’s no greater love than Christ who laid down His life so that we can have eternal life. From John 3:16, this design is on t-shirts, long-sleeved tees, kids tees, mugs, bags, tumblers and more. Click the link to see all the available products in this design.

We’re excited to be a part of your ministry and can’t wait to see you – no matter what size your event.

Visit our YouTube Channels for Christian playlists and our short animated devotionals.

Available in hardback, paperback and ebook from Westbow Press Bookstore, Christian Book Distributors, Amazon, and Barnes & Nobel. Click the icons below to purchase from your preferred bookstore. Now also available at WalMart online.

Join the community of couples on Facebook who are committed to intentionally growing their marriage and learning how to have a marriage that honors God. Here you can post photos of the different activities as you do them, ask questions of other couples, share how God is using this book to strengthen your marriage, and grow with other Christian couples. We’ll see you in the community.

See our other recent posts:

A Slave to Sin